The economic crisis of 2009 plunged Dubai into darkness, stopping sales and building new sites, weakening its economy. Since the UAE were granted the right to hold the 2020 World Expo, its economic activity has resumed. Today, Dubai is the capital of global luxury and extravagance.

The Middle East is one of the fastest growing areas, especially regarding luxury. The French houses, which multiply their projects, have more than 2,500 points of sales already. This region with high purchasing power yields an average of 8% of the 22 billion euros in sales made worldwide by the 75 houses of the Comité Colbert.

The French companies have a good image in luxury, and so does the industry. Moreover, massive investment projects are opening for French companies and represent a broad spectrum of opportunities, particularly thanks to free zones. Traditionally, companies must be owned at least 51% by locals. Businesses registered in free zone may, however, could be wholly owned by foreigners. They were created to encourage trade and foreign investments.

Over the past 10 years, the Middle East has become a massive gold market for luxury brands, thanks to its millionaires. More than 10 million visitors a year represent half of the French luxury clientele in the country. The Chinese have become the first clientele of luxury shops in Dubai, exceeding the Russians. In addition, Gulf customers are less volatile than foreigners.

Malls have become real temples of consumption. These are the only places in the world to accommodate so many French houses, which see them as fantastic springboards.

Shopping is considered as a national sport over there and is practiced in sumptuous malls where shops are found alongside restaurants from all over the world, shark aquariums, an Olympic ice rink, and artificial ski trails.

A hundred of shopping centers are present in Dubai but the largest mall in the world is the Dubai Mall. It includes a « Fashion Avenue » which brings together the greatest European creators. In the big aisles, women in black abayas expose their Prada, Gucci or Hermès bags, before a break at Fauchon or Ladurée.

Besides, under the huge glass roof of the Mall of The Emirates, one of the biggest shopping centers of Dubai, is Patrick Chalhoub. Leader of Chalhoub group, his empire has 5,800 employees, and a hundred of French brands such as Chanel, Chopard, Givenchy, Fred, or Chaumet, and more than 370 points of sales in shopping centers in the Middle East. The group perfectly masters the codes of distribution in the Middle East and is now essential to Western brands. As a result, for example, L’Oréal set up its own regional headquarters in Dubai a few years ago, ending the joint venture that binded it to the Chalhoub group.

Alongside Chanel, Lanvin and Chloé are present including Dior perfumes, Bernardaud porcelain, Gien faiences, Cartier and Van Cleef & Arpels jewelers and Pierre Hardy bootmaker. Gastronomy is represented by the caterer Dalloyau and pastry chef Pierre Hermé. Not to mention beauty, here as well the French giant Sephora has quickly established itself as a reference in terms of skincare and cosmetics.

If French brands enjoy an excellent reputation, French style and French people too. Indeed, French inspirations are very present in luxury hotels. Sofitel The Palm is for example a five-star hotel located on the beach of the artificial island of Palm Jumeirah, which combines French splendor with French Polynesian design. The share of catering is very important in the business cycle of hotels. Dubai being a cosmopolitan city, the big names of French restaurants settle there. We can find, for example, Yannick Alléno and his concept « S.T.A.Y. » in the luxury resort The One and Only, Pierre Gagnaire and his « Reflets by Pierre Gagnaire » in the Intercontinental Festival City, Michel Rostang and his luxury brewery at the Atlantis. We can notice a local peculiarity that most restaurants are in larger hotels, as they are the only ones who are licensed to serve alcohol. Their menus thus offer great French wines.

To conclude, Dubai has become the place to be for French luxury which is now a real success and knows how to satisfy and make dream the very diverse clientele Dubai can receive.

Hello, My Name Is Paul Smith 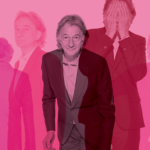