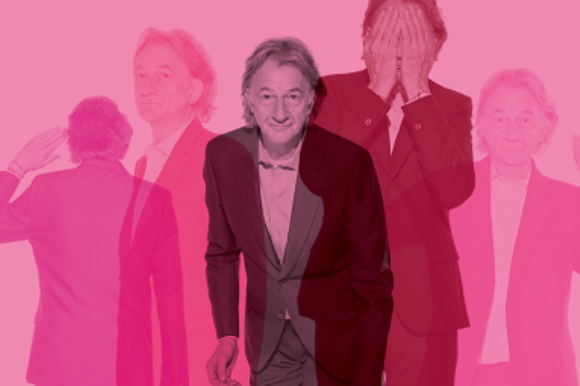 How does Paul Smith bring his story to the Chinese market?

Since the opening of the first store in the China’s biggest city in 2014, the very British ready-to-wear brand Paul Smith needed to educate this population to his story using a specific storytelling through the «Hello, My Name Is Paul Smith» exhibition.

With stores located in 73 countries, Paul Smith is the man credited for the re-popularization of boxer shorts in the 1980’s, and now boasts the most Instagramed building in all of California—in the form of his bright pink Melrose Avenue store. The touring exhibition arrived in Shanghai after visits in London, L.A., Taiwan, and two stops in Japan—Kyoto and Tokyo—where Smith has gained somewhat of a cult following. His success in Japan is partly attributed to the designer’s longstanding contribution to the market; he was first invited to visit Japan in 1982, just three years after the opening of his second store in London. Despite holding off on the Chinese market until 2012, Paul Smith’s potential in the mainland is growing as luxury Japanese culture continues to shape the decisions of buyers in China. The brand at present has one store in Shanghai, two in Beijing, and one in Chengdu.

Inside, customers are directly immersed in the world of the brand. With wooden furniture and other velvet sofas and chairs, Paul Smith is very regarding to how customers can feel the real values of the brand through his several stores in each part of the world. In Shanghai, the store follows the trends in terms of visual merchandising from the outside. As other luxury brands, Paul Smith’s store gets a very impressive and very colorful architecture. By this way it is clearly impossible to not see the store from the street.  Compared to his competitors, the brand has nothing to envy. For the retailing strategy in China, Paul Smith partners with ImagineX, a retail management company with over 21 years in the business. Their partnership began roughly in 2013, with the signing of a five-year exclusive franchise and distribution agreement. According the ImagineX Executive

Director Alice Wong, this business is like a marriage: «We speak the same language as Paul Smith and understand how they want to seriously grow the brand carefully in China».

Even if the brand is now implemented in China, Paul Smith still needed to seduce Chinese customers and teach them about the history of the company. For luxury company’s storytelling is key.  Louis Vuitton has built all its business on its first activity: trunks and traveling. For Paul Smith the storytelling is all around its creator: Paul Smith himself. Therefore, they decided to bring the exhibition « Hello My Name Is Paul Smith » to Shanghai. Few years ago, the Chinese market was not very concerned by the story of the brands. Trends are evolving today, and products are not enough to seduce luxury clients, even the youngest. When they go in-store, clients need to know how all this world has been created to consume with more knowledge and more passion.

The exhibition took place at the Modern Art Museum from Tuesday October 10th, 2017 to Sunday January 7th, 2018. The exhibition showcases the fashion designer’s journey in building

his company, as well as his stylistic tastes and eye for design. It combines the artistic and the business aspects of running a fashion brand and gives the audience a glimpse into the designer’s world, helping people understand the interactions between operating within an industry as a business and within the fashion world as a designer and artist.

More and more luxury companies are creating exhibitions as Dior did it in Paris with the «Christian Dior: Couturier du rêve», or Hermès with the «Hermès à tire-d’aile – Les mondes

de Leïla Menchari». These exhibitions allow brands to expose their history and their values. This strategy is built on the wish to target a larger audience and make people dream about the brand. The exhibition « Hello My Name Is Paul Smith » helps people to understand how the creator has built all this amazing business based on his values and his inspirations. The other reason why brands create exhibitions, is to build a strong relation with art. Many brands use art for their strategy to target a new part of the population and bring an added-value to their products and brand image.

Paul Smith now understands the demand of this specific Chinese market in terms of luxury goods and services. Now we must wait a few years to see how the brand manages its image through the time and how they adapt the story to Chinese customers. 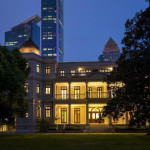 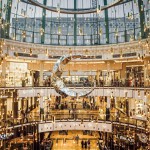