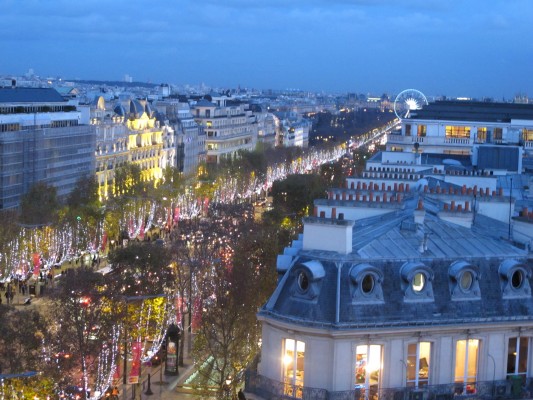 One upon a time, far away in Ancient Egypt, great funerary monuments, the pyramids, were built to bury Pharaohs and wealthy Egyptians in luxurious sarcophagus with their luxurious belongings. The great pyramids of Giza were one of the Seven Wonders of the World. Once upon a time in Paris, the capital of luxury, in the end of the 18th century, wealthy Parisian families decided to settle in the west of Paris, in a triangle district called the Golden triangle.

The Golden triangle, nowadays the temple of luxurious brands, reminds us of the shape of the pyramids, the tombs and temples of the pharaons.

Who are the kings of Paris Golden Triangle? Which treasures does the Parisian Triangle hide?

The Golden triangle, also called the sublime triangle, is in Paris’s 8th Arrondissement between three of Paris’s most famous avenues: The Avenue des Champs-Élysées, the Avenue Montaigne, and the Avenue George V. A world of elegance and refinement, in the poshest district of the capital, renowned for its luxury shopping, legendary hotels and restaurants.

The mythical avenue of the Champs-Elysées, a display of luxury and wealth, is the most beautiful and one of the most expensive avenues in the world. It was named in reference to the place where the Greek heroes lived according to the Greek mythology. Once a swampy land, Les Champs-Elysées is studded with high-end boutiques like Louis Vuitton, fashion houses, and some of the city’s most iconic sites like the Arc de Triomphe and the Place de la Concorde with its ancient Egyptian obelisk. It attracts one of the world’s most glamorous crowds.

The Avenue Montaigne, absolute incarnation of luxury, is twinned since 1967 with Madison Avenue in New York. This once-gritty street, used to be called “l’allée des veuves” – literally the alley of widows – is lined now with luxury shop stores. Christian Dior, the visionary, was the first to open its boutique in 1946 to attract rich customers of the Plaza Athénée hotel. The other big Maisons followed him: Chanel, Gucci, Céline, Louis Vuitton, Fendi among others mostly belonging to the LVMH group, one of the biggest property owners. However, some big French families still have apartments in avenue Montaigne.

The third Avenue of the Golden triangle, The Avenue George V, was named after the King of England, to pay tribute to the France’s ally during the First World War. It’s one of the most prestigious avenues in Paris. The Avenue hosts luxury boutiques as well as luxurious palaces and restaurants like “L’Hôtel George V”, famous palace of the capital with its art deco style, and the Prince de Galles Hotel that welcomed people like Winston Churchill and Marlène Diedrich, Charles Laughton, Dalida. A step further, the Crazy Horse, one of the most famous cabaret of Paris.

As royal and luxurious as the pharaohs’ pyramids in Egypt, the Golden triangle is Paris luxury treasure, the fruit of a long meticulous and patient craftsmen’s work. May it be lasting and eternal like the pyramids, to make the renewal of Paris and to make it shine again and again through the centuries.