Insiders call her only by her first name, Colette, also known as Colette Rousseaux, is the creator of the concept store of the same name. Daughter of a fishmonger, then wholesaler of ready-to-wear clothing in the 1980s, she opened the mythical concept store 20 years ago. Her name is adulated by hyped people and venerated by fashionistas around the word, but Colette has always been anonymous. We don’t know anything about her, or almost nothing, not even the face. Helped by her daughter Sarah Andelman who is the new artistic director of the store, they form a duo as discreet as accomplice.

Located at “13 rue Saint-Honoré”, Colette is today considered as the temple of the fashion world. The concept store, spread out more than 700m², became the meeting point of fashion, fragrance, music, and publishing sectors. Colette distinguish itself thanks to its avant-gardist, original and exclusive products, but also through its sensory marketing, which enhances the quality of the customer experience in store.

Our experience at Colette

We went to this iconic temple, but taking videos at Colette was complicated. It is possible to film the store globally but when we wanted to zoom on some products, the seller explained to us that it’s forbidden for security reasons. During our visit, we discovered the last collaboration of the store with Chanel. For 20 years, Colette has collaborated with many brands and celebrities, such as Dior, Ikea, Pharell Williams, H&M… Unfortunately, all good things must come to an end.

Colette announced on her Instagram account last July 12th its final closure during the month of December 2017. The news was like a bomb for Internet users who imagined an eternal success for Colette. But “Colette Rousseaux comes to the age where it is time to take her time. And Colette can’t exist without Colette.” The concept store whose the name sounds more than ever today, says that negotiations are in progress for the recovery of this iconic place by Saint Laurent. 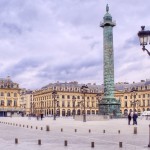